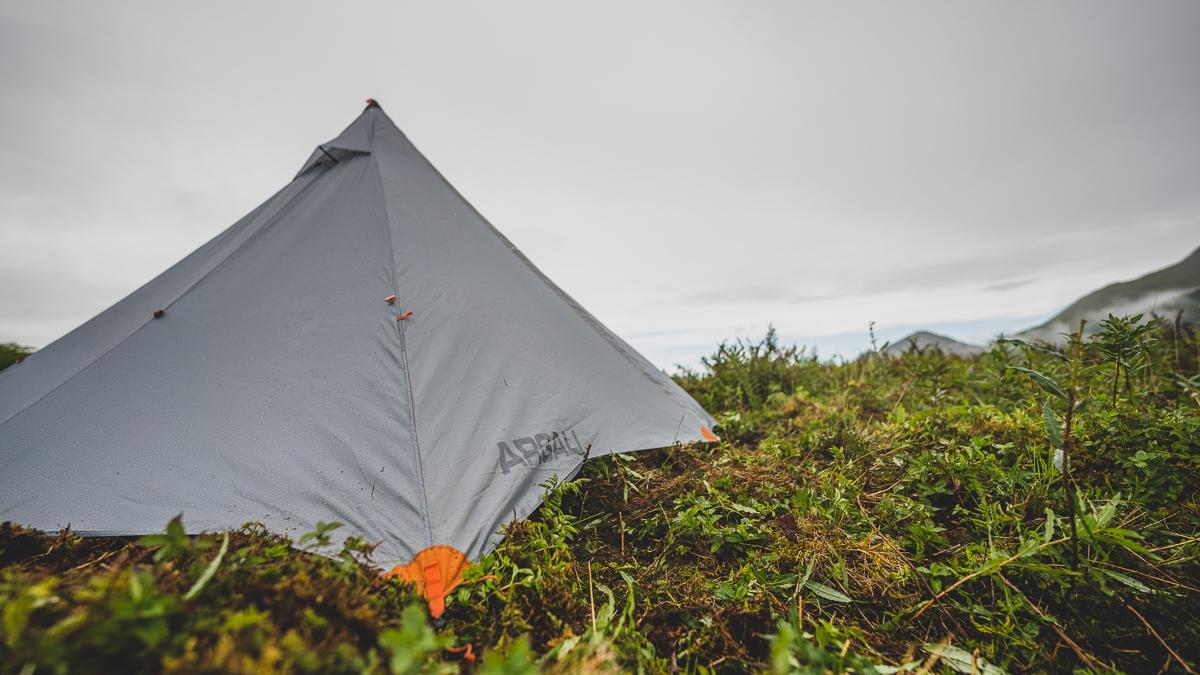 Admittedly, floorless shelters have never really been on my radar and I know I’m not alone there. The thought of sleeping with the potential for scorpions, spiders, mice, etc. crawling all over me is a thought that just doesn’t sit well. It sounded like it was more headache than what it’s worth. But after trying it out, I've come to prefer running a floorless tent on fall hunts in many situations and locations. So, if you’ve been off put by floorless shelters in the past like I was, keep reading for my take on why you might want to consider using a floorless shelter after all. 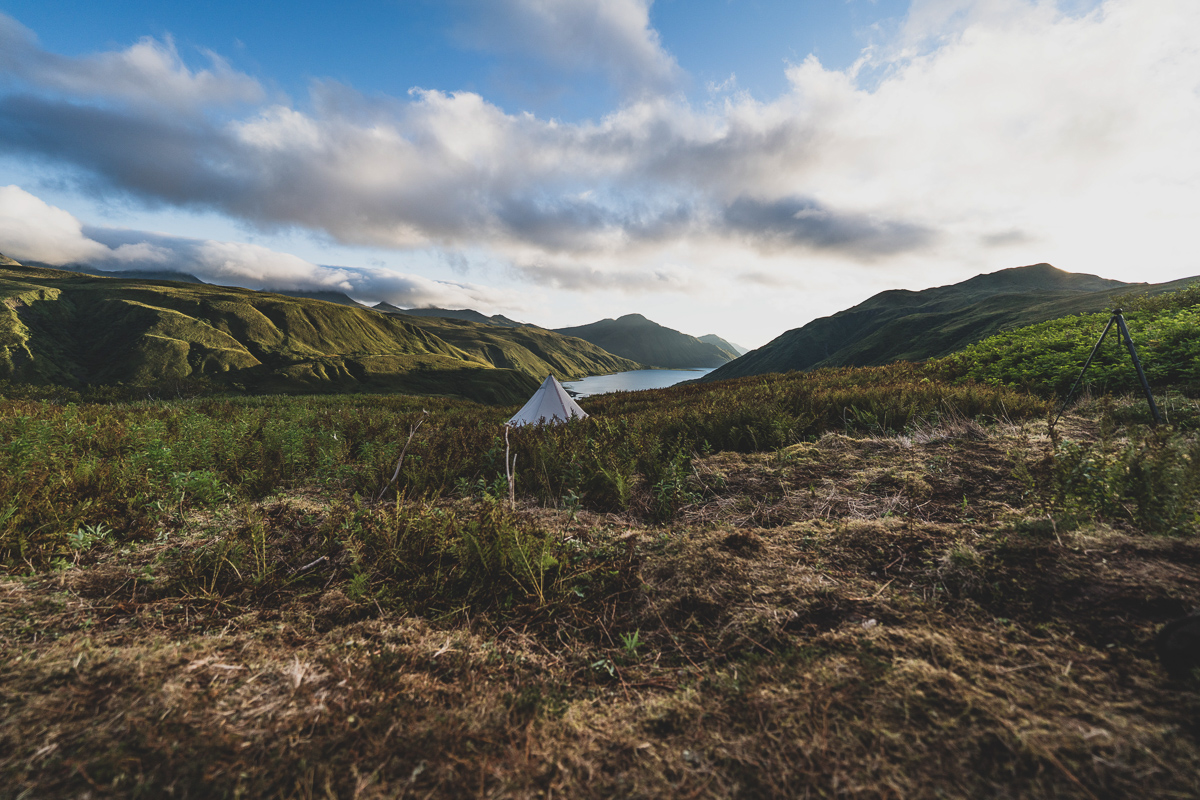 When I first started backpack hunting the shelter itself was never something I looked at as a place to hang out. It was a place to sleep and that’s it. For that reason, I’ve never really had an issue with your traditional bathtub floor or coffin-like type shelters that offer little to no room for anything but sleeping. Plus, in general the smaller the tent, the more lightweight it was. Floorless shelters break the mold here.

My go to ultralight shelter for years has always been a traditional dome style floored 2p backpacking tent. That particular shelter is 2 pounds 6 oz. A pretty dang lightweight setup and one that has served me well. Compared to a 2p floorless model though it doesn't hold a candle on the scale. The Argali Rincon 2p Tent I have now weighs in at 1 pound 3 oz.  It's literally half of the weight.  Ounces equal pounds and pounds equal pain.

In addition to the less weight, there's also much more useable space on the inside of a floorless vs. a floored shelter.  In the backpacking tent I mentioned, the floor dimensions are 85×51 inches with a peak height of 39 inches. In the Rincon 2p the floor dimensions are 88×108 inches and a peak height of 54 inches. Because there isn't a floor, the majority of that is actual useable space. You're not limited to where the floor ends. For an ounce counter that doesn’t want to be crammed when in their living quarters, floorless is a no brainer.

And another thing that sticks out is how shelters are labeled 2p, 3p, 4p, etc. For most of the traditional backpacking tent makers in the floored world, these numbers are not accurate. A 2p floored shelter can fit 2 sleeping pads in it and that’s it. There is absolutely no room for anything else inside and you better be real good friends with the person you’re sharing a tent with. So, in general a 2p floored is good for 1p, a 3p is good for 2p, etc. With floorless models this isn’t the case and because of the abundance of space, a 2p floorless shelter does in fact fit 2p. Less confusing right? I agree.

Cleaner on the Inside

This may sound counterintuitive, but floorless shelters are actually much cleaner on the inside than tents with floors in them from my experience.  Yes, you're literally living in the dirt, but hear me out.

When there is a floor in a shelter, things from the outside of that shelter oftentimes get tracked in. Things like mud, snow, and just plain dirt for that matter. And with how much less living space there is in floored tents this means everything on the inside falls victim to whatever is tracked in. Mud and snow particularly are a pain as once it’s inside, it doesn’t go anywhere.

With a floorless shelter any snow will just melt into the ground and mud will simply dry and become part of your living quarters. And along with that things are more spread out and not so crammed. So, even if you do track some snow into your floorless shelter by the door, there is little worry of that snow getting your sleeping bag wet or anything else you may have laying around. 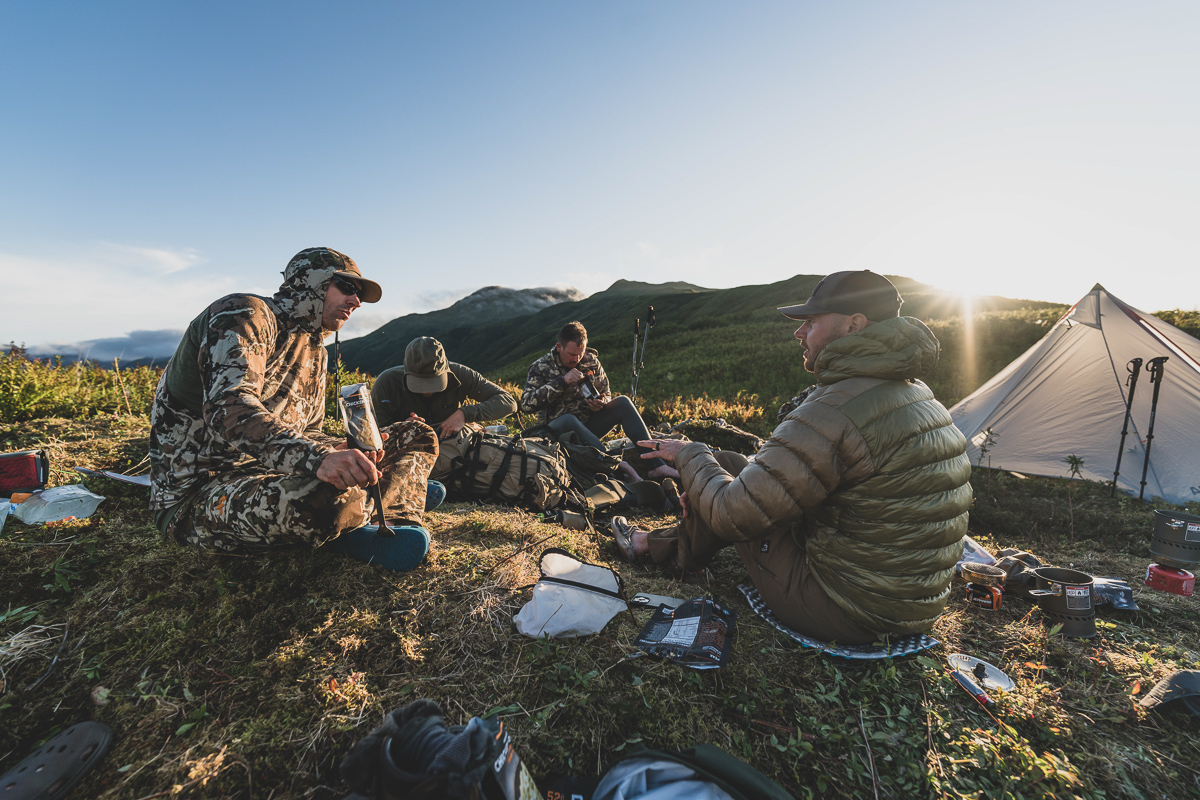 While this is more specific to sharing camp with other people, I feel it’s still worth mentioning. With the aforementioned benefits to more space in floorless shelters, that extra space also makes it much more practical to actually share a shelter with another person, 2, or 3 even. Obviously, this means only one shelter needs to be brought on the trip, but there is also something to be said about the camaraderie of it all. It’s nice, and damn near therapeutic, hanging out in the tent and shooting the breeze. Whether you’re riding out a storm or just chatting over breakfast before heading out, it’s another added benefit, and much appreciated.

Possibility of Running a Stove

2 years ago I went on my first Fall hunt in Idaho. In comparison to where I normally hunt in Arizona, it was, let’s just say, much colder. Temperatures that I’ve literally never felt on my skin before coming from the cactus country I call home. One of my favorite parts of that hunt was when we’d arrive back at camp for the night and fire up the stove in our floorless shelter. I was blown away by how warm it got in the tent. It opened my world to more opportunity and even more adventure. And is yet another win for the floorless game.

Floored shelters do not allow one to run a wood burning stove on the inside. For quite obvious reasons it is a fire hazard. By taking that floor away, you’ll add the ability to run a stove, as long as there is a stove jack of course. Some models don’t have one. This is a game changer. It could be 10 degrees outside and if you light that sucker up, you’ll be hanging out in a T-shirt in no time. This can be a huge morale booster on those late season hunts and allow one to essentially thaw out and even dry out clothing. So, if you’re looking to take your hunts farther into the late season a floorless shelter with a stove jack is without a doubt something to look at. I know I am.

Along with the possibility of being able to run a wood burning stove, a hunter can also use their cooking stove inside a floorless shelter. Doing this in a floored shelter is again a fire hazard. This offers an ultimate convenience. When the alarm sounds one can literally turn over in their sleeping bag and get breakfast going right off the bat. 5 star backcountry living with breakfast in bed. It’s a good life. 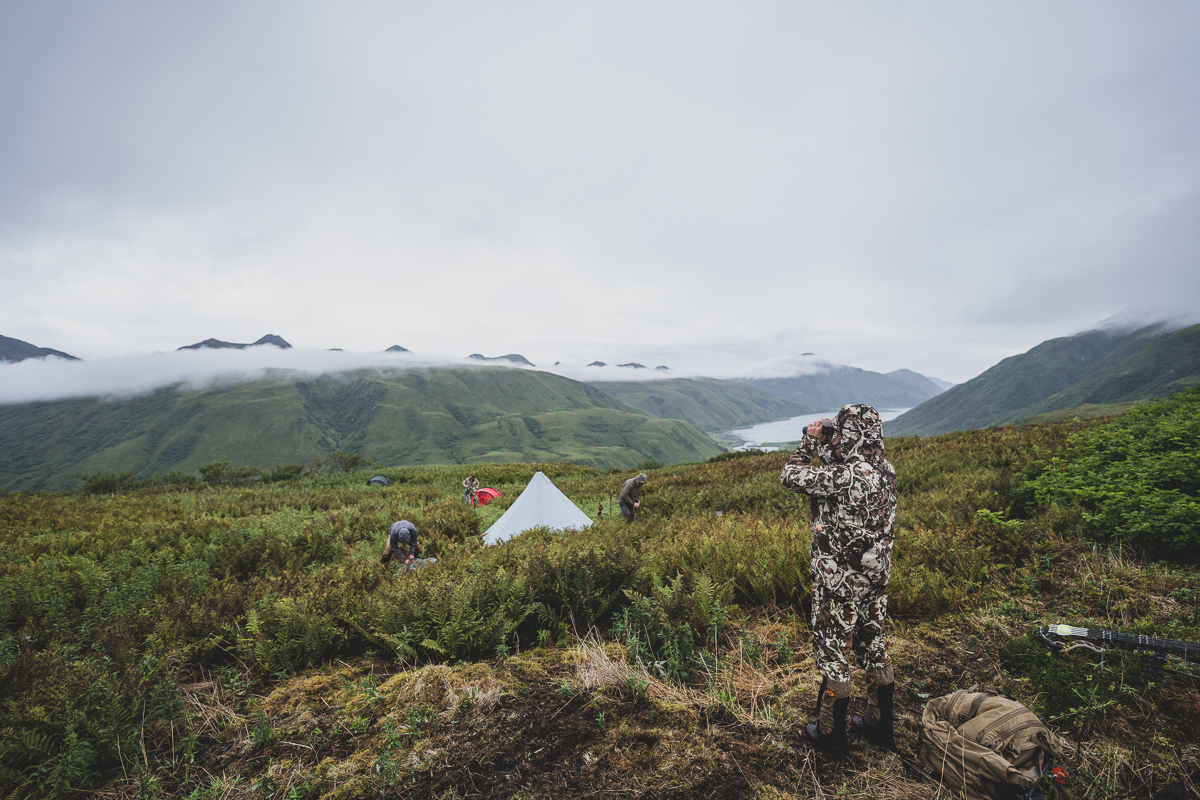 In addition to the features, something to keep in mind is not all floorless shelters are created equal. Things like tent shape, geometry, and tent fabric will all play into the functionality of a shelter. For an interesting deep dive on tent fabrics check out an article we wrote called Tent Fabric for Backpack and Lightweight Tents.

By closing myself off to floorless shelters for so many years, I was not only closing myself off to the benefits, but also to the opportunity of extending my season a little. Each piece of hunting gear we have is a tool. It’s something that solves a problem and makes life easier out there in the field. Floorless shelters are no exception to that. They are another tool to increase our efficiency in the mountains. Be it by decreasing our pack weight or by simply making us more comfortable with more room and the addition of a stove. Are they for every situation? No, but you also wouldn’t use a screwdriver to hammer a nail. That’s what a hammer is for. Floorless shelters 100% have their place. Remember, don’t knock it till ya try it. 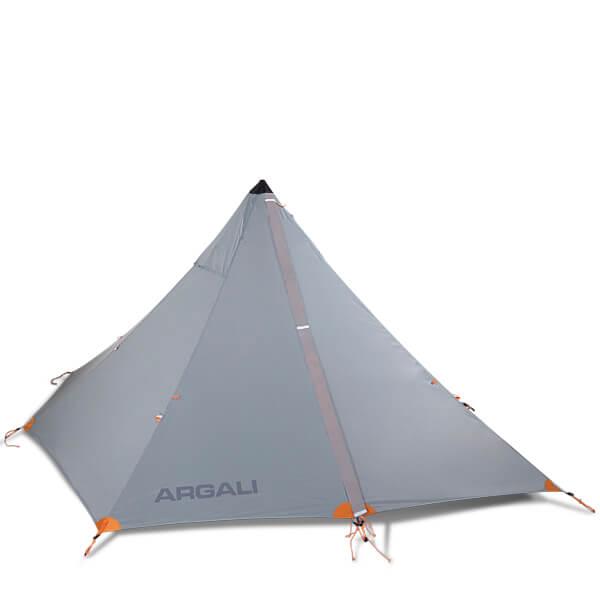 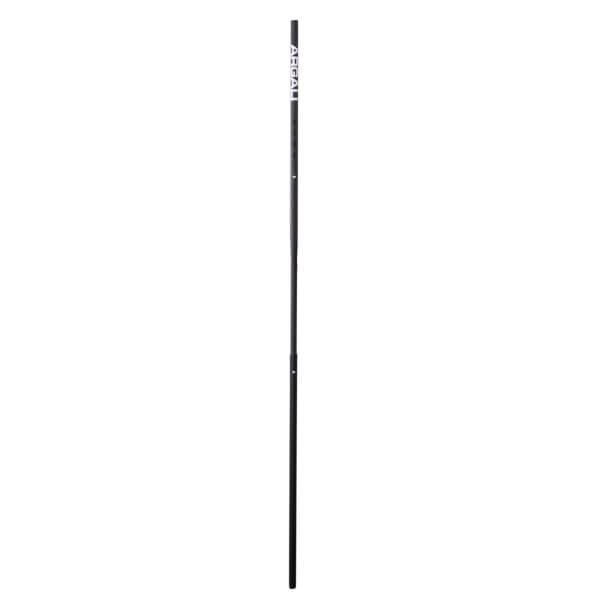 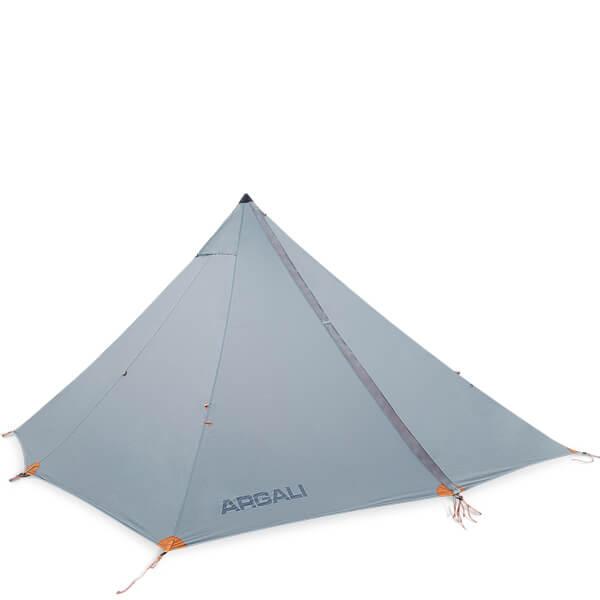