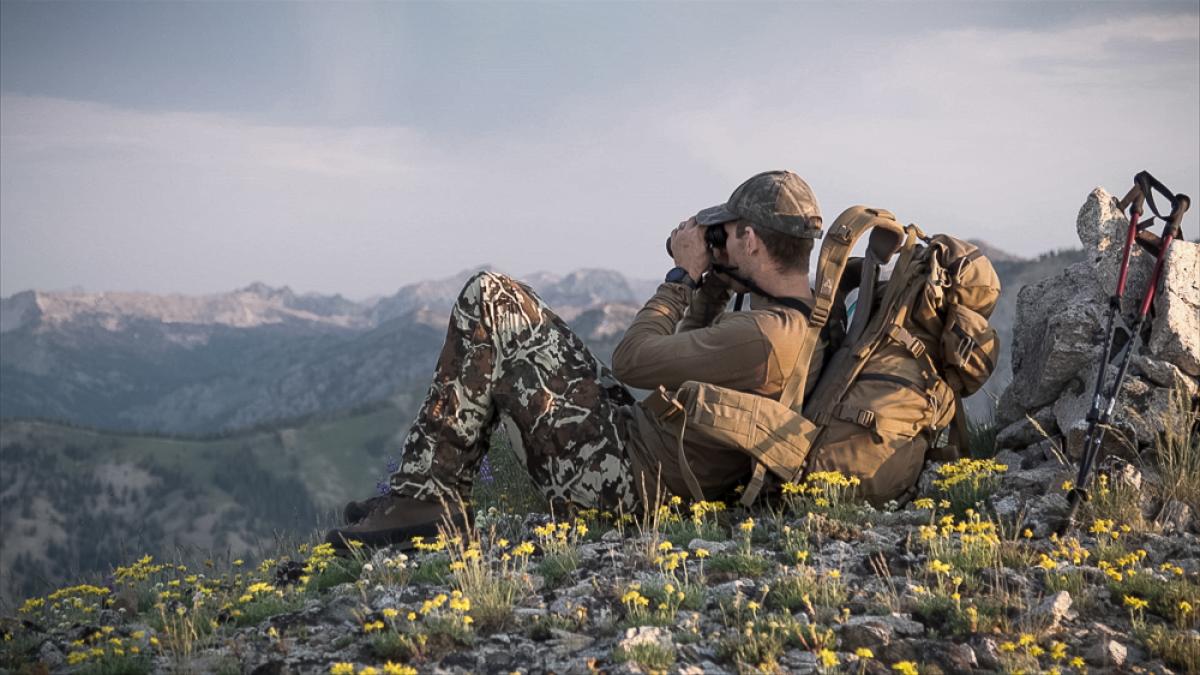 Mark Twight, the prolific alpinist known for his solo climbing feats, had a big impact on how I think about hunting.  Mark's approach to climbing became known as "light and fast" and was based on a style (although you could call it a borderline obsession) of only taking exactly what you need on a climb to allow you to move fast.  The idea being that more stuff you carry, the slower you are and the more limited you will be in what you can do.

Simple in theory, hard in practice.  Applied to hunting, the principles and philosophy of the light and fast climbing movement opened up a lot of opportunities and hunts I had never considered.

I did not start out going light, or fast.  The early years of my backpack hunts were miserable and unsuccessful. Our packs were excessively heavy, which limited how far we were willing to pack in from the trailhead. It didn't take long to realize the only way to continue to hunt off of my back would be to change my approach.  I could walk all day with a light daypack, but my heavy pack ruined my motivation. Going lightweight isn’t just a tactical operation, it requires a new way of thinking, and in some ways a philosophy that challenges your assumptions.

The early big mountain expeditions many mountain pioneers used in places like Denali or Mt. Everest utilized what can be called siege tactics borrowed from war. Big mountain climbers would take a dozen or more people and several months worth of gear, ropes and supplies. Teams would make slow progress up a mountain one rope length at a time and leave fixed ropes along the way to make passage for the next team easier.

Climbers would move the move gear, food and equipment up the mountain like a wedding procession. After fixing lines up a mountain, all one had to do was simply ascend the ropes to get to the top.  This approach worked, but it was just that: work.  It was painstakingly slow.

The light and fast movement came on the scene and decided there was a better way. This new paradigm preached a philosophy of only bringing what was truly necessary for survival, and going as fast and as light as you could. No fixed ropes.  No huge teams.  And no big gear supplies.  Only what you could carry on your back and still move fast.  This approach revolutionized the climbing world and allowed climbers to climb mountains in a day or two that had previously taken weeks or months.  No longer were climbers constrained by an old world philosophy.

And while taking a new approach to climbing seems obvious in hind sight, very few people thought it was possible or wise at the time.  Like all paradigm shifts, it took a few people with a vision and some guts to make a change.

When it comes to hunting, there is much to be gleaned from the evolution of big mountain climbing.  For decades, horses were an assumed necessity to experience a wilderness hunt.  How else would you get your wall tent and stove in there anyway?  But no longer do people feel like they need to have a mini-farm to pack into the wild to hunt.

The first step in going light and fast is to challenge all of your assumptions about what is considered normal.  This applies to gear, food and your mental barriers you have erected in your brain based on past experiences.  For example, do you really need to carry a tent with you?  Do you need extra food and clothes "just in case"?  What really is the absolute minimal amount of food that you can survive on?

I plan to help answer some of these questions as it relates to gear on our site to help everyone change the way we approach hunting.  Once you realize you can backpack hunt for several days with a truly light pack, it will open up a world of hunting opportunities and experiences.