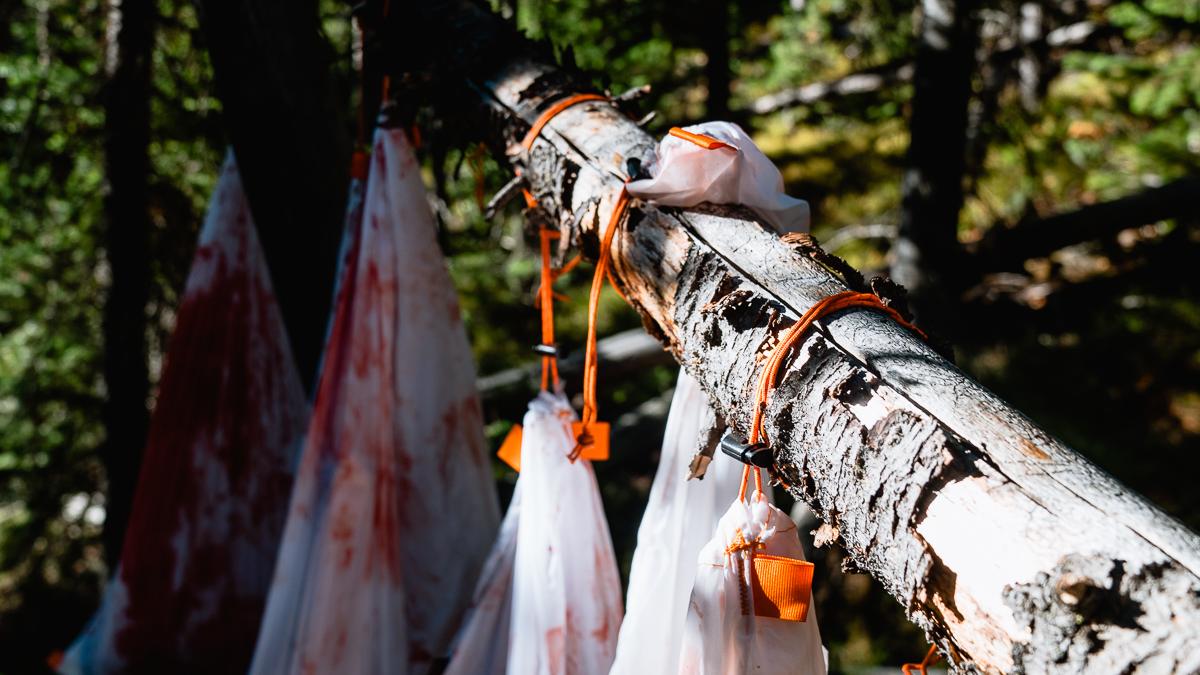 Is Boning Out Meat Worth It? - A Backcountry Hunting Conundrum

In the world of backpack hunting there is a lot of attention put on weight. We want to go in as lightweight as possible, so that we are even more ready to come out heavy. Hunters go as far as cutting down their toothbrush handles to shave ounces here and there. So, on the surface, the topic of boning out meat sounds like a no brainer. And maybe it is for some. However, there is more than meets the eye than just the benefit of throwing less weight in your backpack. We’re going to break this backcountry hunting conundrum down, and at the end have a better idea about the question at hand. Is boning out meat worth it?

The Road To and From Rigor Mortis 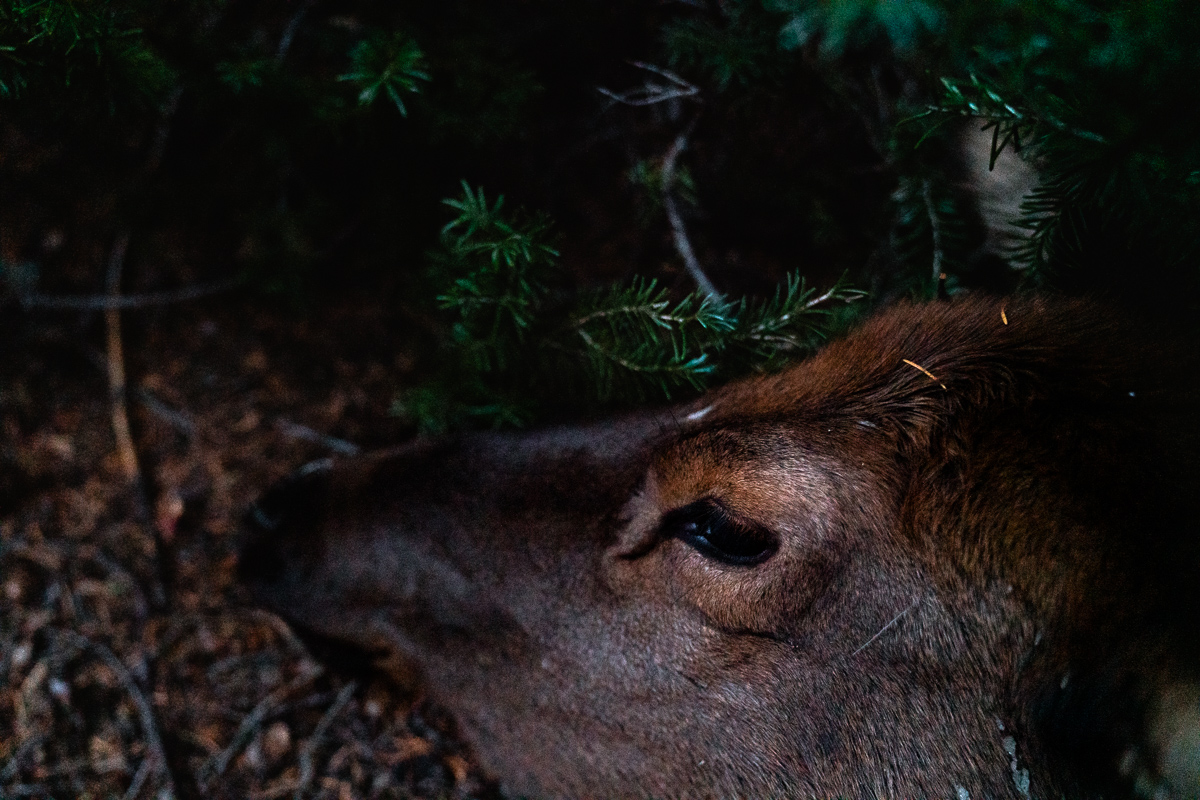 We need to touch on something before really diving into the pros and cons behind boning out meat. When an animal dies, the meat goes through a natural process. Between 1-6 hours after death, rigor mortis will begin to set in. Rigor mortis is basically the animal becoming stiff after death due to a chemical process that occurs in the muscles. Muscles and joints tightening up and it usually lasts about 24 hours, but can last longer. After that point the rigor mortis will begin to fade and the muscles will then relax as they once were. This is one of the reasons many folks will hang their deer for a few days after the kill. It let’s the muscles completely relax before the butchering process. A practice that many argue results in better table fare down the road. Now, we can get into boning out meat.

The Upsides of Boning Out Meat 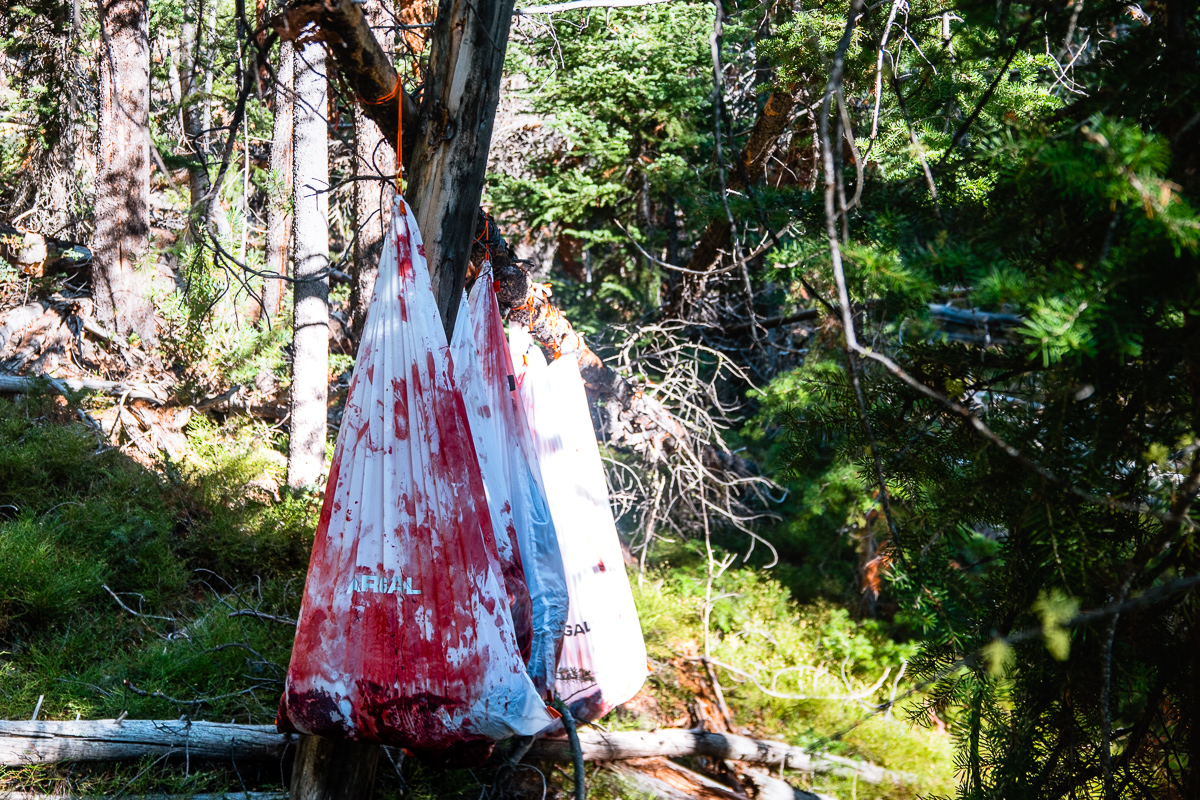 First and foremost, right on the surface, an obvious upside to boning out your game meat is less weight. If you think about it, unless you’re using the bones for bone broth or another dish at home, they’re quite useless. So, it makes sense why a hunter would want to just leave something behind that is just going to end up in the trash. No reason to carry that extra weight, and it adds up. For instance, the average weight of a bone in hind quarter of an elk is 65 pounds and average weight of a bone in front shoulder is 50 pounds. So all added up that is 230 pounds of bone in meat (that doesn’t include the rest of the elk of course). On average each leg bone weighs about 8 pounds. Multiply that by 4 and that is 32 extra pounds of weight you’d be carrying if keeping the bones in. That 32 pounds won’t go unnoticed either. 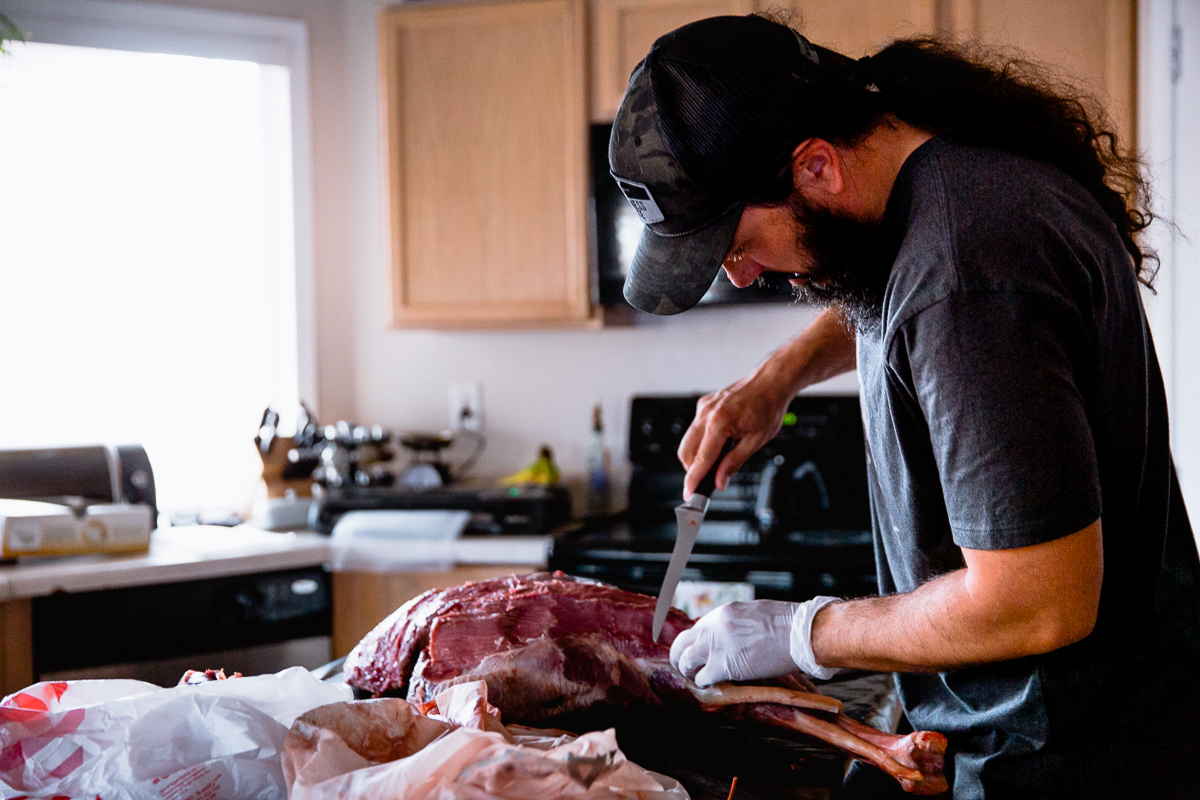 Along with carrying less weight out of the field, you’ll also be eliminating a step once you get home. I know the first thing I start doing when processing game in my kitchen is deboning. Yes, there are times when I might want to do a bone in roast, but for the most part, things get boned out. It’s the easiest way to see all of the muscle groups laying before you. By doing this out in the field, you won’t have to do it at home. Which means, you’ll get to separating out those muscle groups sooner than later.

This is really an early season hunt issue when it is still hot outside, but the number one priority once an animal is down is to get the meat cooling as fast as possible. The internal temperature of animals, as well as the moisture inside of them, is a perfect environment for bacteria to grow. They thrive in warm moist conditions. Bones are really good at holding heat and act as a thermal core. This can lead to what’s known as “bone sour” if an animal isn’t dealt with in a timely manner. Bone sour is basically when the meat rots from the bone outward. So, taking the bones out of the meat can be a great way to try and help speed up the cooling process so long as the boned out meat is given a chance to cool down. Remove the thermal core.

It should be noted that bones can also act as a thermal core to keep your meat cold if you can get the bone cooled down below 40 degrees. So, it is a double edged sword, and the temperatures you are hunting in matter for how it will affect your meat.

The Downsides of Boning Out Meat

Less Meat in Your Freezer 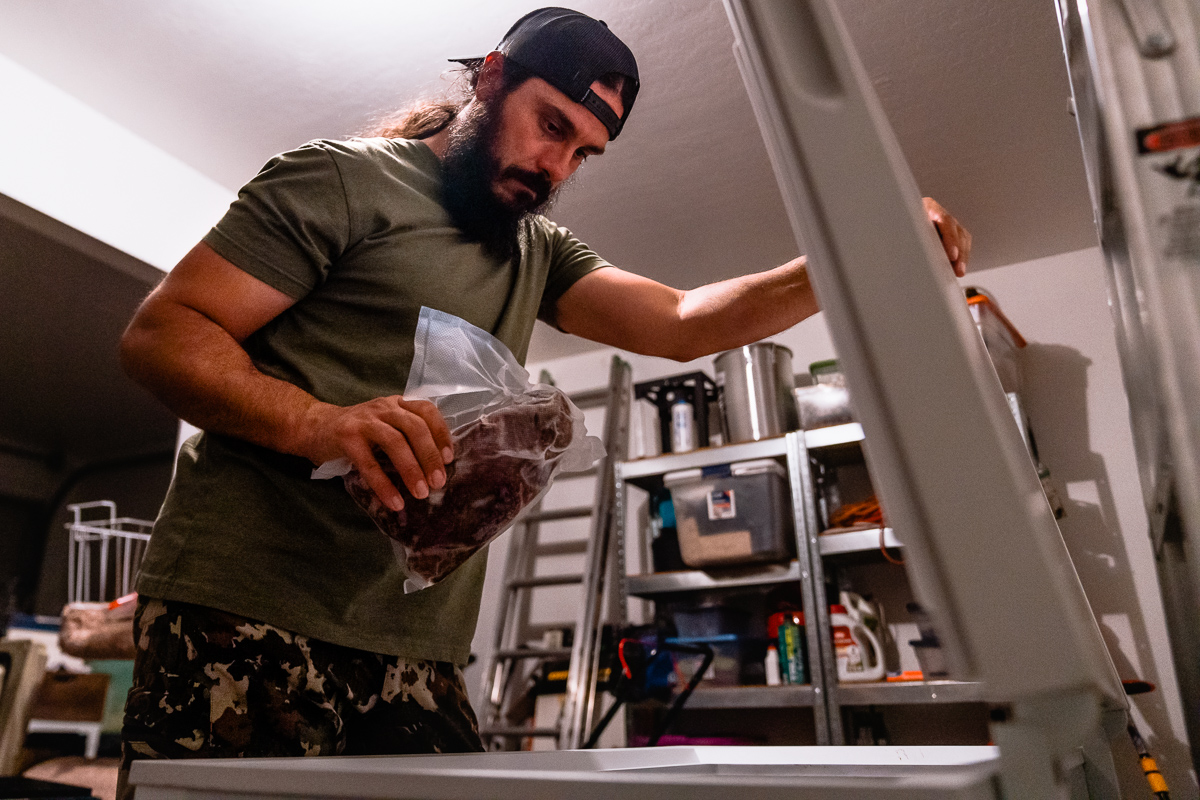 When you bone out your quarters, you are creating more surface area that will be exposed to air and dry out. This is the dry rind that you want to have on your meat to protect it from bacterial growth. However, once you get home you, or your butcher, will need to trim off the rind and the more meat that has dried out the more you have to trim off. Consequently, you'll have less meat in the freezer.

Alright, remember what we said earlier about the natural process that meat goes through? First, it’s loose. Then rigor begins to set in. And finally it’s normal again. That is crucial information for this section. If one is to bone out meat before or while it goes into rigor mortis, that meat will never truly relax as it once was. When the meat is on the bone, it has constant pressure pulling and keeping it in place. With the absence of the bone applying the pressure it won’t stretch back out. This can cause for a tougher end product at home. Still delicious, but likely not as tender as it could be. If boning out is essential for a pack out, we suggest letting the meat hang on the bone for at least 24 hours and then boning it out. This will let the meat go through the process of rigor and relax again, giving you a better end result in the kitchen.

More Work in the Field 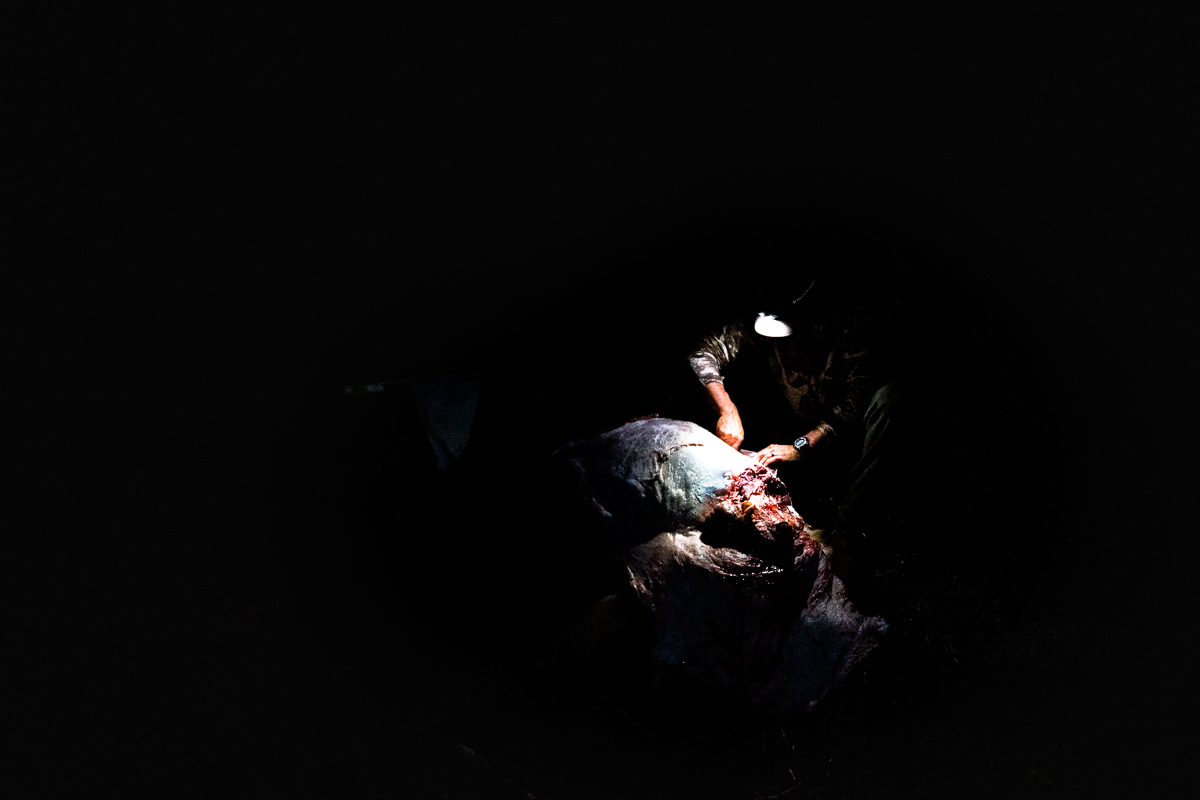 Time is precious and sometimes it’s of the essence. A downside of boning out meat is the time it takes to do so. It gives more work in the field in less than ideal conditions. And after you’re done boning out meat, it can be harder to get that meat cool. Now, I know I’m contradicting what I said above, but hear me out. Boned out meat tends to ball up all together in game bags. This ball of meat traps heat and makes it harder to get the meat cooled throughout. So, in order to effectively cool the meat in the backcountry, you’ll want to try and rotate the meat inside of the bag to ensure all of it is getting hit with cool air. 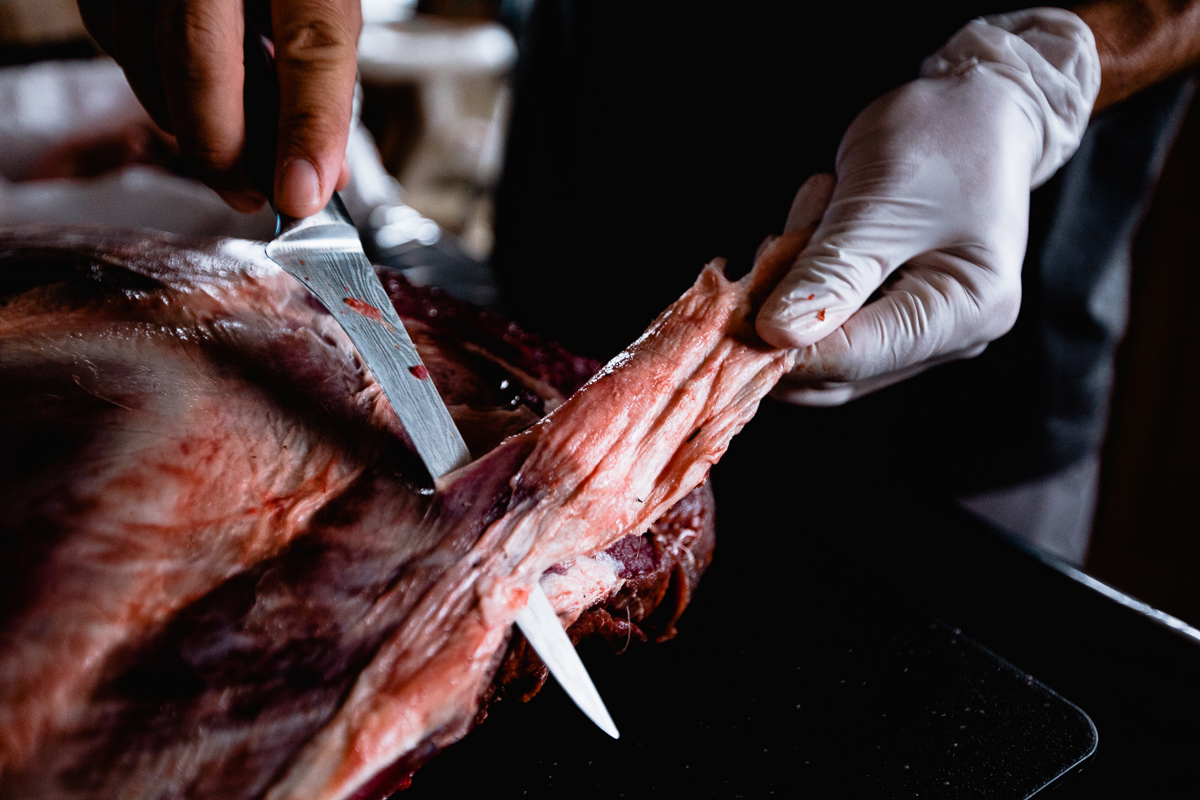 On top of more work in the field, you’ll also have more work at home. Again, I know I’m contradicting what I said above, but there are two sides to a coin. In an ideal situation, you’ll create a nice dry rind on the outside of the meat. This rind acts as a barrier and will protect the meat underneath. Now, when it’s time to process the meat, this rind is cut away to expose the deliciousness underneath. Here’s where the more work comes in. The more surface area that is exposed to the air, the more rind you’ll have to cut away. And when you bone out meat, you’re exposing more surface area than if it were left on the bone, hence more trimming back at home.

Is it Worth it? 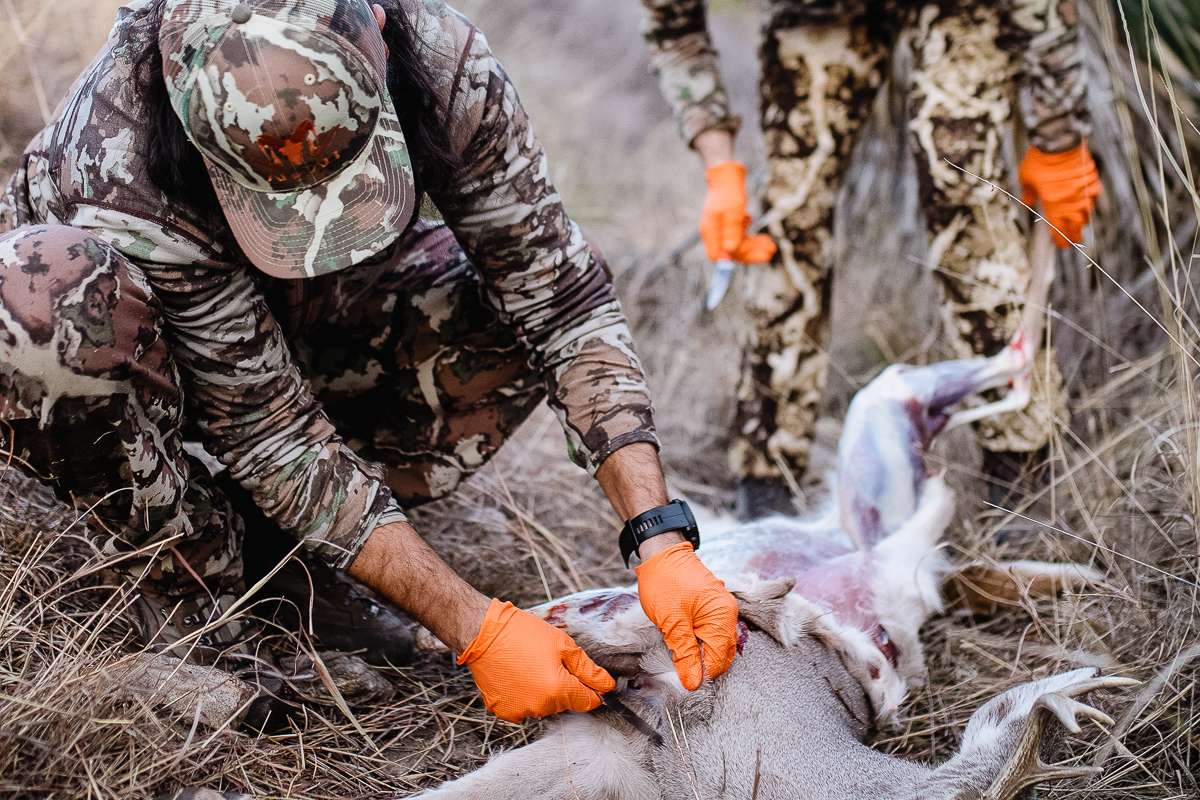 When the sun sets, the answer to the question at hand here is a variable one. There are some undeniable truths to what we’ve gone over, but each situation is different. For instance, maybe it’s early season, very hot, and you’re solo. You’ve got to get that meat back to a cooler ASAP and are a good stretch from the vehicle with no time to let the meat hang. Boning out the meat is likely the most efficient way to handle the situation. However, it could also be a little later in the season and you’re sharing time with a few good friends that are at the ready to pack meat. This is a great scenario to keep the meat on the bone for the backpack ride to the vehicle. There are pros and cons with everything here, but none of it is a deal breaker. You’ll still be sitting at home, enjoying a quality meal from your harvest, reflecting on the hunt. So, use your better judgement and act accordingly. Boning out meat, or keeping it on the bone, is just another tool in your tool box. Some tools are better for certain jobs than others.